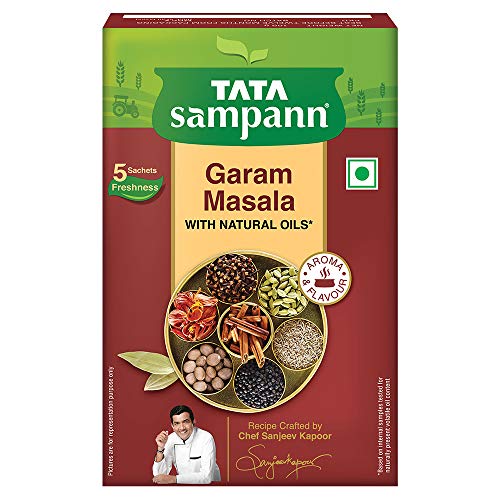 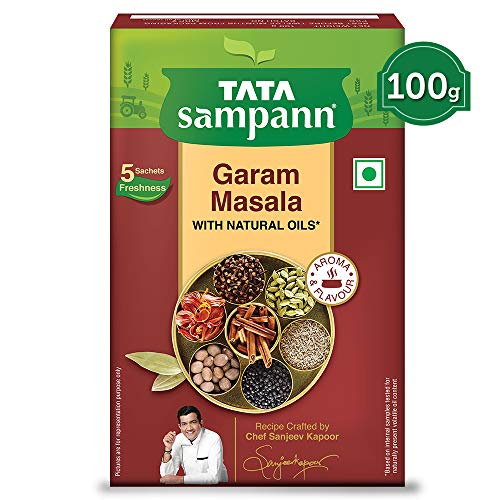 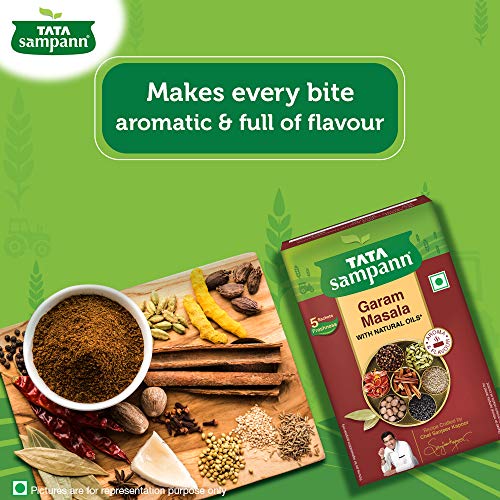 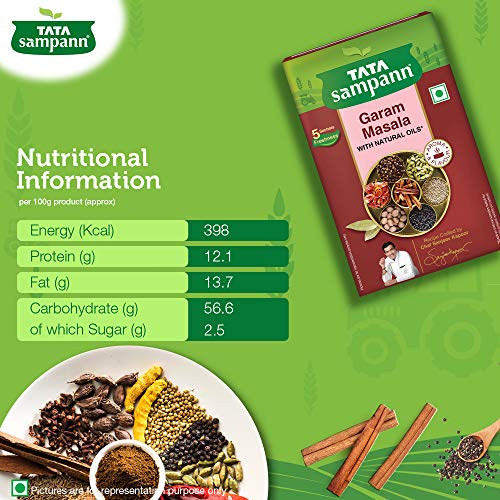 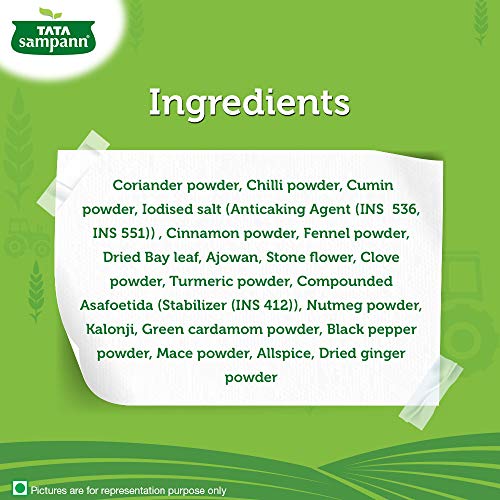 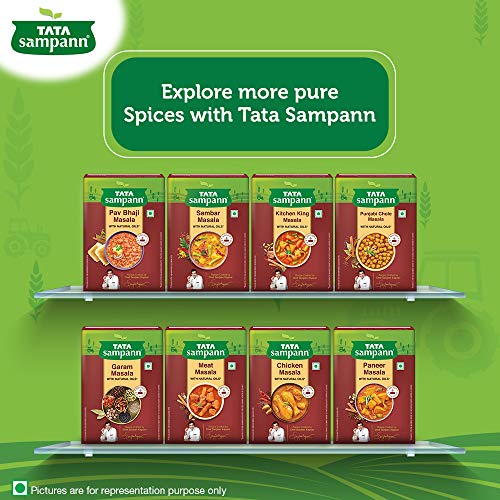 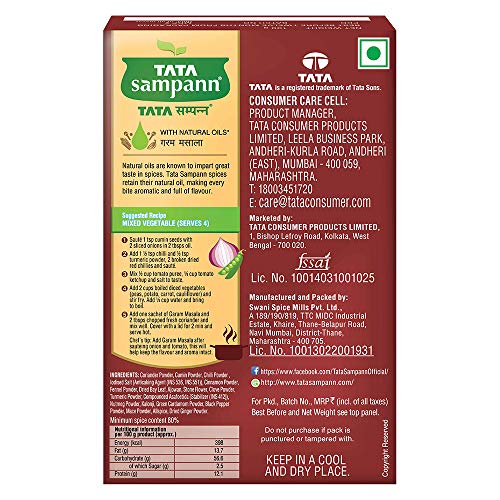 There is nothing like cooking your favourite dishes at home with the same taste and flavour that you get outside, hence Tata Sampann brings you its range of blended spices to make all your dishes extra special! Introducing Tata Sampann Garam Masala made from whole spices that retain their natural oils, making every bite aromatic and full of flavour. This masala is a blended spice mix which adds an earthy flavour to the spice mix. Sourced from the best of farms, the recipe contains naturally rich masalas and is specially crafted by Chef Sanjeev Kapoor. The garam masala comes in an innovative 5-sachet packaging that locks in freshness for longer. Now make tasty mixed vegetable at home and watch everyone lick their plates clean! Keep in a cool and dry place. Do not purchase if pack is punctured or tampered with. Explore Tata Sampann Blended Spices Range – Pav Bhaji Masala, Paneer Masala, Punjabi Chole Masala, Chicken Masala, Dal Tadka Masala, Meat Masala, Kitchen King Masala and Garam Masala.